New tech claimed to boost fuel efficiency by 30 per cent; likely to debut in all-new 2018 Mazda3 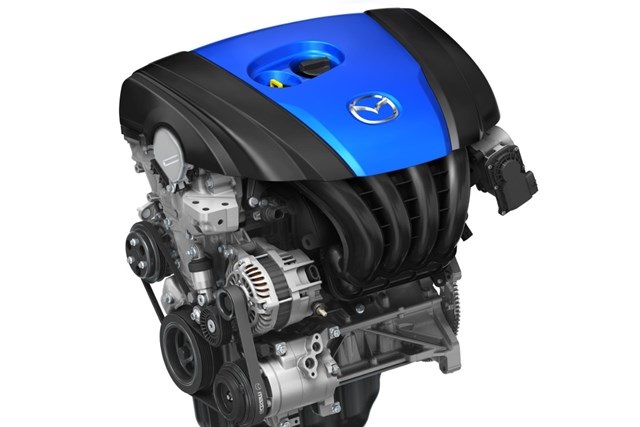 According to Japanese news site Nikkei.com, the new technology will be a world first when it’s introduced towards the end of 2018 — most likely in the next-generation Mazda3.

Mazda’s SKYACTIV-G petrol engine already has a high — for a petrol engine — 14:1 compression ratio but the new range of engines are thought to come with a stratospheric 18:1 ratio.

The pressures involved during combustion are so high in the HCCI engine that spark plugs are not needed to trigger a combustion.

In the past other car-makers have experimented with HCCI but have struggled with issues of premature combustion and controlling the burn of petrol to ensure there is no ‘spike’ in emissions.

Managing heat and the rate of combustion at high revs has also proven huge problems in the past.

It’s not known how Mazda’s new engine manages the combustion over an entire engine range while complying with emission regulations, but the claim that it has achieved a 30 per cent boost in efficiency while reducing exhaust emissions could prove yet another blow for the diesel engine.

As well as the new HCCI engine, Nikkei reports that the Japanese car-maker has developed a new pure-electric vehicle that it plans to begin mass-producing in 2019.

It’s not yet known how this will differ from existing tech used by other car-makers.

Mazda is expected to continue offering conventionally powered vehicles until at least 2030.